Free Shipping On Orders Over $99 | 3-5 working days Fast Delivery | Due to the severe weather in Florida, our warehouse may experience shipping delays.

The FMS Corsair airframe features a removable 2 piece wing that is simplistic in attachment and connection, the new FMS® multi-pin plugs mean that the complex wiring is now just a single connection per wing and not the usual plate full of spaghetti normally seen in lesser airframes.

The large cockpit is adorned with the full complement of dials and levers and the hand painted pilot finishes the effect. The chrome spinner and reinforced nylon four blade propeller really does give a purposeful look and assist in giving rise to the knick name of the whistling death.

As you would expect, the huge brushless out- runner motor is mated with a top quality ESC enabling stunning flight performance.

New metal gear servos handle all the control surfaces and are fast with great centering performance. The resulting flight performance gives a finesse unseen in a model in this class. Order the 1700 Series F4U Corsair today and steal the limelight at your airfield.

The inverted gull-wings of the Vought F4U Corsair is one of the most identifiable icons of the Second world war and Korean war. Known for its blistering speeds, high climb rate, survivability and firepower, the Corsair achieved an amazing 11:1 kill:loss ratio against Japanese fighters in the Pacific theater.

FMS is proud to introduce the all-new 1700mm F4U V3. Powered by a 6S power system, Hobbywing 80A ESC, 5060 motor and a 11x18 four bladed prop, the F4U V3 has an extremely wide flight-envelope: adrenaline-pumping speeds and deceivingly trainer-like slow speed performance; making the Corsair one of the easiest flying warbirds on the market today.

Operating out of an unpaved airstrip? The shock-absorbing metal retracts with bearing-equipped wheels not only look great, they greatly reduce airframe stress during ground operations. The screw-together assembly and plug type wing connectors make the assembly process a breeze.

Turn heads at the field with the 1700mm F4U V3- a must have for every warbird fan.

Note: some videos from RC experts who can provide a comprehensive evaluations about FMS RC airplanes. 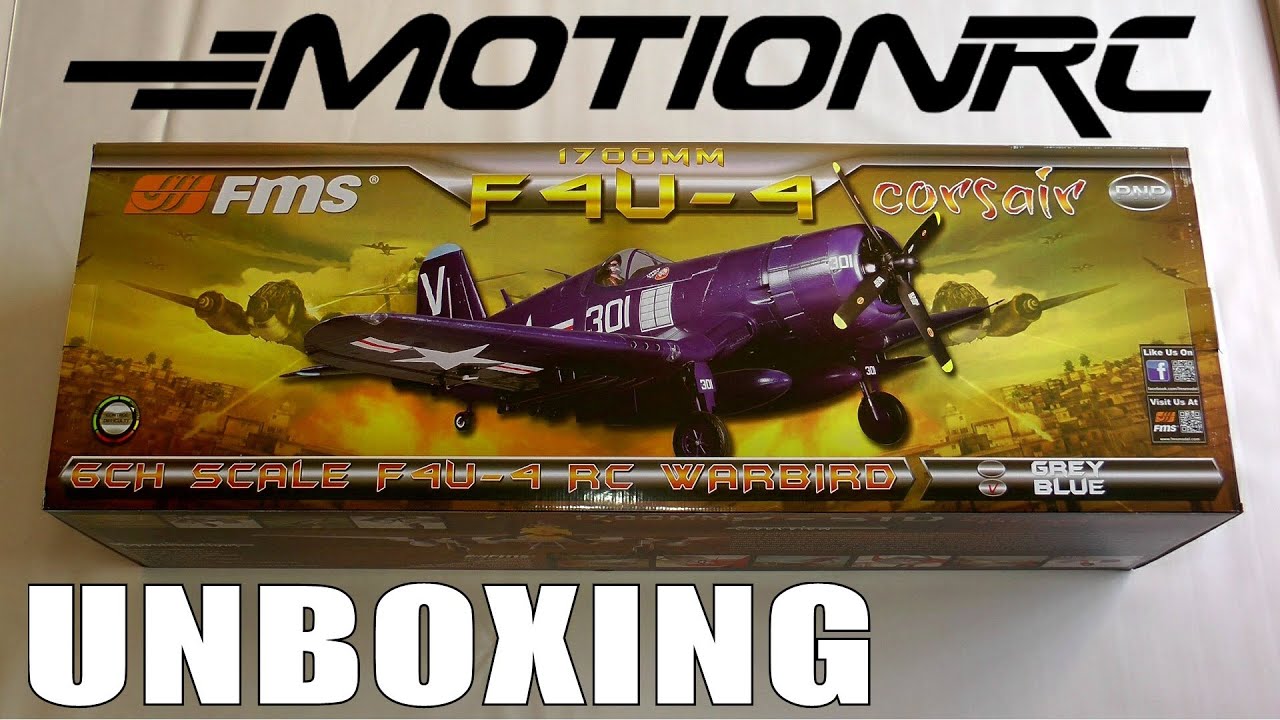 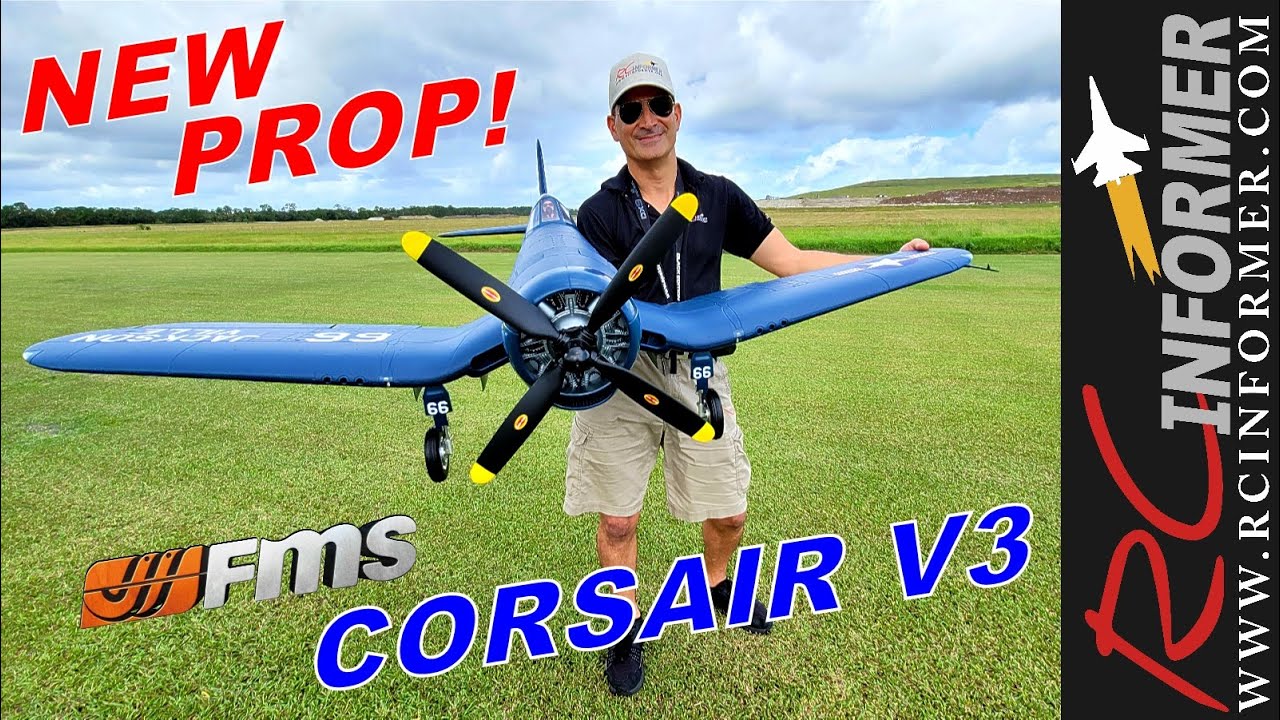 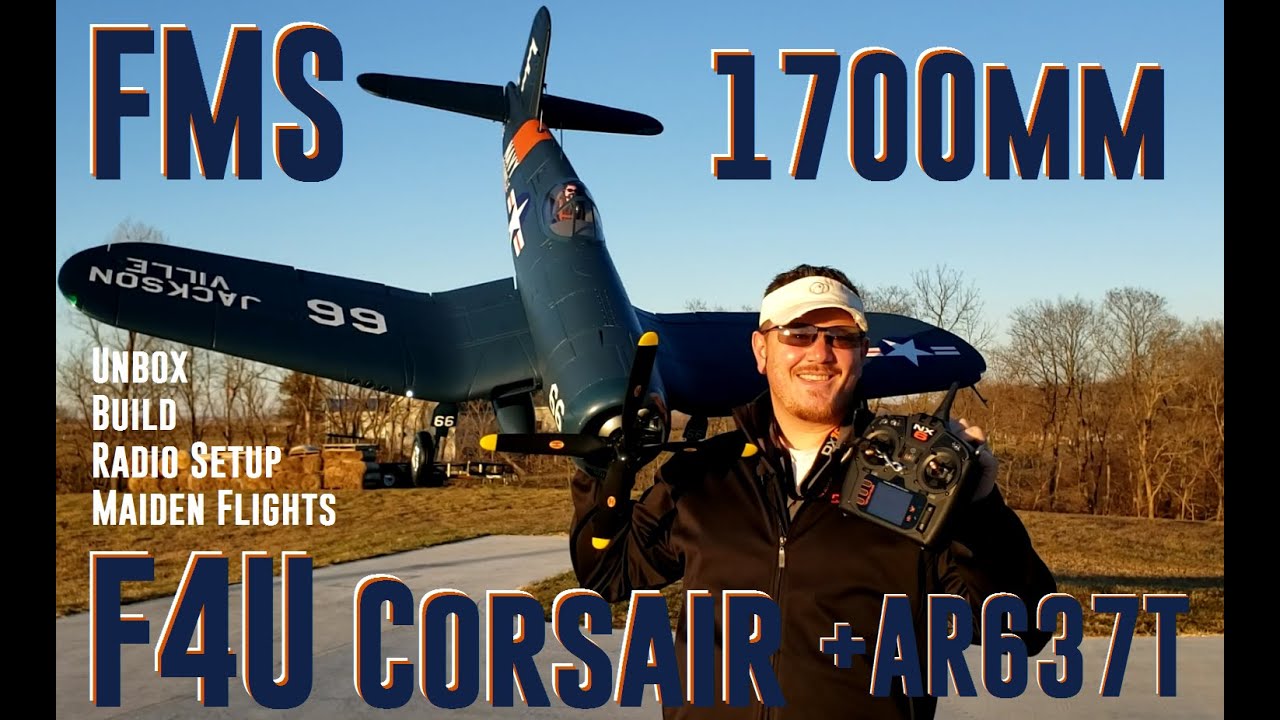